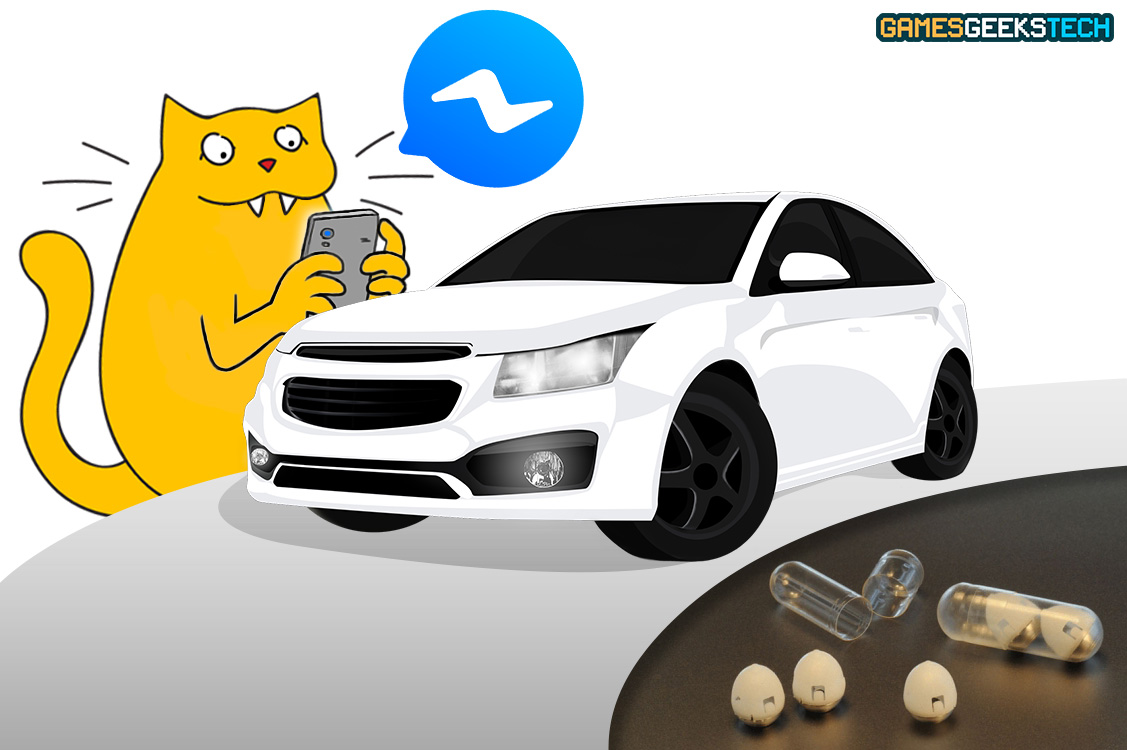 Hi GGT fam! We’re talkin’ tech on this latest installment of the GGT Talk; from Facebook’s new unsend message feature, to Amazon’s foray into self-driving technology, PLUS a new pill from MIT that could wrap up insulin treatments… in a tortoise shell?

Hear all the deets on GHR, starting at around the 90 minute mark:

And you know, you really should tune in from minute 1, because there is SO much going on with GHR this week: The cast is joined by Kel Mitchell who joins the GHR 2nd Appearance club, chatting about stuff, things and what he is working on currently.

As promised, here are links to everything we talked about today:

And our show in written form, for those of you sneaking in some GGT time at work (Oh we see you! And we love ya for it lol):

Hey GGT Fam! Adesina here, and this week, I’m gonna talk techie to ya: from self-driving cars, to social media, to a pill — with a needle in it?! Let’s get this baby rollin!

So first, autonomous vehicles: This tech has been a major disruption to the auto industry; with unfortunate and massive layoffs at General Motors, as well as exciting developments like being able to hail your own self-driving taxi with Alphabet’s Waymo. But it also has implications that are seeping into other industries, and there are new companies cropping up that you might not have even heard of. One of them, Aurora, is a startup that’s raised about 620 million dollars, including securing an investor that you definitely have heard of: E-commerce giant, Amazon. And, as Forbes pointed out in a recent article, Amazon’s investment isn’t likely just about the dividends. With all the shipping and delivering that’s at the core of its business, autonomous vehicles could be a windfall for the company (and it’s not like they really need one)

Well, the Bezos empire aside, Aurora isn’t what you’d expect from an auto maker; they don’t plan to make their own cars. Instead, they aim to assist other companies in developing their driverless vehicles – companies like Volkswagen and Hyundai. And as for what they could do for Amazon? Well, I still haven’t seen any of those drones they promised, delivering my packages just yet, so maybe we should be looking out for driverless delivery trucks instead?

Next, let’s switch gears from Amazon to another juggernaut: Facebook. But this time, here’s something that might benefit you, especially if you’re the type to run your mouth! Because now you can take it all back, on Facebook messenger. After receiving criticism last year, when some of Zuckerberg’s Facebook messages mysteriously disappeared and revealed a capability that was only reserved for the Facebook elite (while the rest of us plebes were left to wallow in the ignominy of our ill-advised and undeletable messages), Facebook has finally added that take-it-back functionality for the average user.

So now, when it’s 2am and you drunk-message your boss what you REALLY think, as long as you wise up within a ten-minute time limit, you can unsend the message. But be warned: After you delete it, everyone on the thread will see a notification that a message was removed, so it still might open a can of worms, but at least those worms won’t say “You’re fired!” To try it out, long-press on the text bubble, and follow the directions on the screen. Happy un-texting!

Our last story is something right out of sci-fi, with some diabetes-related med tech that’s all at once really cool, really helpful, and also…kind of creepy! Researchers at MIT have been working on a pill to replace regular insulin injections, and it’s not like any pill you’ve seen. This one — has a needle inside it! So first, let’s talk about the exterior: the pill’s shape was designed after, and looks like, a tortoise. And it’s not just for looks; the special shape allows the pill to orient itself once inside the stomach, to ensure proper delivery of the insulin. And here’s where it gets uncomfortable: the outer pill dissolves, to reveal: a miniscule spring-loaded needle, which is injected into you, on the inside of your stomach!

Now apparently this doesn’t hurt, but STILL! Tiny animal-shaped spring-loaded needle pills that seek out and inject us from the inside? What?! Didn’t Neo have something like that crawl into him in the Matrix? Well, regardless, as you can imagine this would be a great way to advance diabetes care, so we do hope the technology succeeds. No word yet on when the public will get to see these tiny heroes in a half shell, but we’ll give you updates, as we get them.

Thanks so much for listening to the GGT Talk! Head on over to GoGGT.com/Talk for links, and I’ll chat with you, next time!