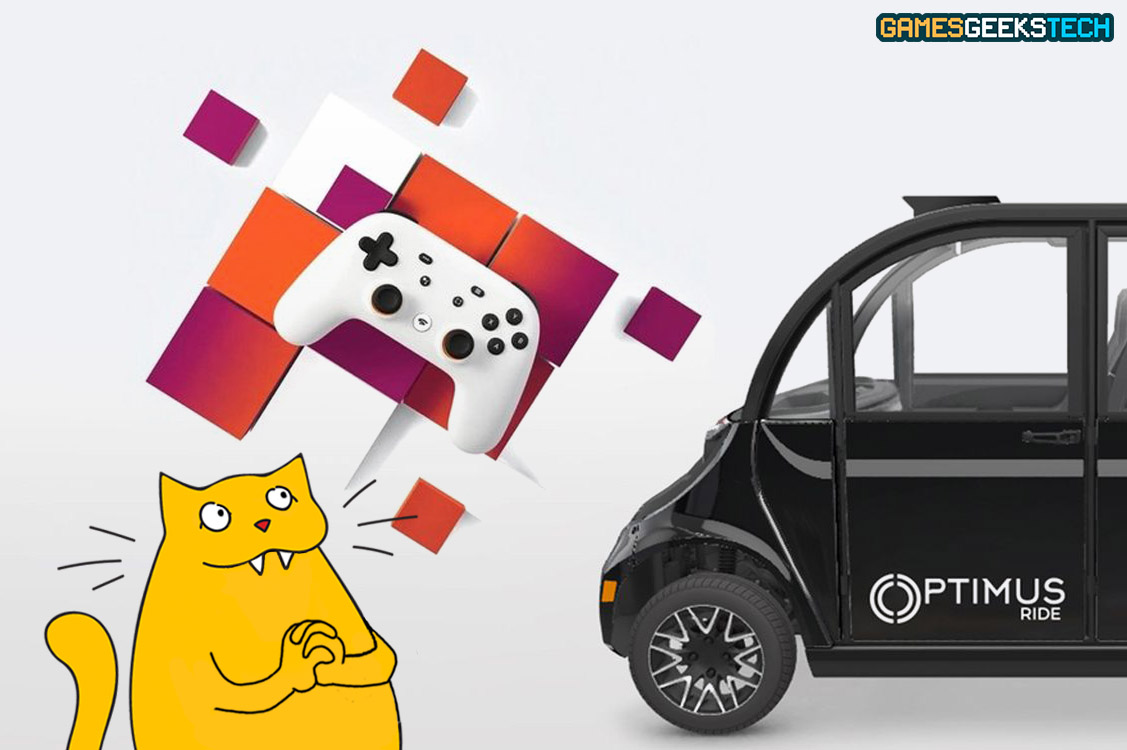 Heya, Adesina here, and this week on the GGT Talk we are chatting up Google’s latest gaming tech announcement, as well as getting the scoop on the self-driving cars that are coming to New York City!

And you know, you really should tune in from the start, because the GHR cast is joined by actress, Scottie Thompson. The crew chats her up about her new film, stuff, things and what she is currently working on.

And now, the links! Here is more on everything we mentioned:

And for those who just can’t do audio (yeah we see you, checkin’ GGT at work! hehe), here’s a transcript of our show:

Hey all, Adesina here, and welcome to the Games Geeks Tech Talk! This week, we are tres intrigued by Google’s latest gaming tech announcement, but first, we hear self-driving cars are coming to the Big Apple?! Let’s get into it!

Now Alphabet’s Waymo had a beta launch of its autonomous vehicle taxi service last December, to serve a humble 400 people in Arizona. And this past week, Waymo announced it’ll be expanding – it just doesn’t know when. Well, when it comes to expanding into a major metropolis, it looks like startup Optimus Ride, has got Waymo beat, because the latest word, is that the new company will be launching its self-driving ride request service, in New York City! Now wait — don’t get too excited, it’s only going to be in one location; specifically, the Brooklyn Navy Yard. And that’s because NY State doesn’t yet allow self-driving cars for commercial use on public roads. However, since the Brooklyn Navy Yard is a private community, it works out. And it’s going to serve a lot more than just 400 customers. The Brooklyn Navy Yard encompasses 300 acres, and is home to over 400 businesses employing over 7,000 people! In addition to the Brooklyn launch, Optimus will also be launching in Fairfield California, and both locations should be up and running before summer hits.

Alright, so now let’s talk about this new gaming platform! Guys, Google just made the announcement this week at GDC, and while I am seeing a healthy dose of skepticism, at the same time, this could be huge: It’s called Stadia — like a fancy plural for stadium — and yes, this is what was formerly known as Project Stream. But now, it’s finally out of the development stage, and should be released later this year! And what’s the big deal? Well, the wow factor is that you can play video games, at high definition, on any computer, TV, tablet, or mobile phone, just using Google’s Chrome browser. Plus, you don’t need any additional hardware OR software, since the game is hosted in the cloud, and only the video portion of the game is being streamed to your device. Stadia is set to support 4K at 60 frames per second, with plans to upgrade to 8K and 120 fps in the future. And the GPU for Stadia is crazy, with a capacity of over 10.7 teraflops! And, despite all the amazing that Stadia appears to offer, as I said, there are skeptics. Mainly because Google has left out some important details:

And besides all that, we don’t have an exact launch date, or reviews on how good the stream really looks, for the average user, at home or on the go. If you’ve got data caps, that might be an issue too.

Either way, I’m still hyped to see it, and we’ll keep you updated.

And don’t forget to follow us on social media for more: